Skylark breaks its own record with 11 simultaneous charters

In October 2021, Skylark Aviation Expert’s teams specialising in chartering aircraft for the MICE industry organised the travel of a group of almost 3,000 people to a corporate seminar in the Middle East. Aircraft charter solutions were implemented to ensure smooth and efficient transportation from all over France, Switzerland, and Belgium.

The charterer was a company based in France that wanted to celebrate its commercial and financial performance by organising a large-scale event in Jerusalem. The participants were employees and partners from all over France and Europe.

As part of its activities as an aircraft charter broker, Skylark Aviation Expert’s teams were asked to build an air transport plan, including aircraft rental solutions with crew, maintenance, and insurance and all the services surrounding their operation. This is referred to as aircraft chartering.

The project specifications provided for the transport of 2,600 people by special flights from Lyon Saint Exupéry, Bordeaux Mérignac, Marseille Provence, Nantes-Atlantique and Paris Roissy Charles de Gaulles (Paris CDG). Given the short duration of the stay and the extensive programme of the event, the organiser needed to ensure that the flights arrived at the same time. All groups had to land at their destination within two hours and then be transported by land to the main conference venue, where most of the festivities took place. For the return flights, the same requirement in terms of flight departure times was required.

In addition, all flights had to be operated non-stop to meet the dual constraints of the seminar schedule and the air transport budget. A stopover on a large airliner is expensive: jet fuel consumption during the climb, airport charges, ground handling of the aircraft, passenger assistance, etc. On the other hand, a stopover adds duty time for the flight crews and results in more time for rest, with the charterer paying for the aircraft’s downtime. Furthermore, it would have resulted in a deteriorated travel experience for passengers, as they would have had to endure a longer journey time. However, the question of the stopover was asked, not because of the aircraft’s range, but because of the requirements of the country of destination, which stipulate that all the airports of origin must first be audited by the competent authorities. These security measures were applicable to most airports in the French regions.

After examining the various eligible alternatives, our teams put into perspective their financial impact and the constraints in terms of passenger comfort that they imposed. The simplest solution was to plan flights with a stopover, but this would have resulted in an increase in the air transport budget and a significant deterioration in the travel experience. It was therefore decided to implement a specific security protocol for the airports concerned.

Skylark Aviation Expert’s consultants, who specialise in the implementation of customised private flight solutions for businesses, had to take all these parameters into consideration. In addition, the constraints of the other parties involved had to be considered:

Many combinations were discussed with the charterer. They all involved a mix of passengers carried on private planes and tickets booked on existing scheduled services. Some of the options focused on on-board comfort (e.g., business class or seats with screens), while others emphasised reliability by using larger aircraft in smaller numbers. This limited the risk of operational hazards (problems in obtaining authorisations, departure or arrival slots, technical problems, etc.) although it reduced the flexibility in terms of organisation for the client, who was less capable of matching transport needs with the capacity of the private flights being deployed.

THE IMPLEMENTATION OF THE PROJECT

The result of the work performed by Skylark Aviation Expert’s charter brokers was a solution that allowed all passengers to be flown to the location, on direct flights, in the shortest possible time and under budget.

The solution finally selected involved the rental of 11 large aircraft operated by several French, European and Israeli carriers. With a range of aircraft seating configuration from 171 to 376 seats, this offered the charter client unique scheduling flexibility to assign aircraft according to the evolution of the passenger list.

Up to a few days before departure, we were able to adjust flight capacities according to the number of registrations from each airport. 97.4% of passengers had their departure airport wishes fulfilled, while the number of empty seats was ultimately limited to last-minute no-shows.

To find out more about our corporate air charter solutions, click here. 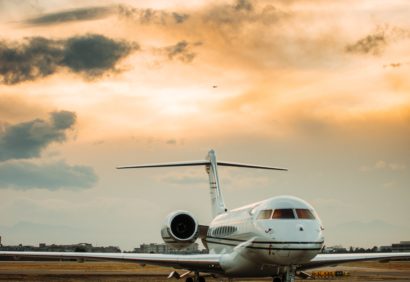 On-demand aviation enjoys an exceptional reputation thanks to the social recognition it brings to its... 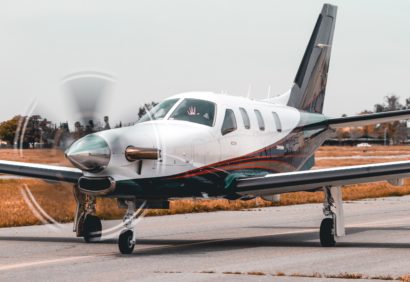 The first waves of lockdown were full of lessons regarding the best practices to follow... 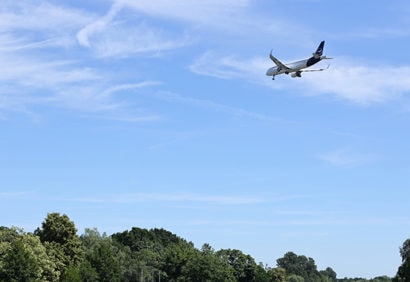 Globally, air transport generates 2.8% of the CO2 emissions from fossil fuels. While this figure...